The Edmonton Music Prize Runner Up

Marco Claveria was born in Santiago Chile, to a musical family. Prompted by his parents, Marco started guitar lessons at the age of ten, learning to play the basics of Chilean folk music then moving on to study different styles such as Cuecas, Tonadas, and the Resbaloza as well as the Argentinian Samba. 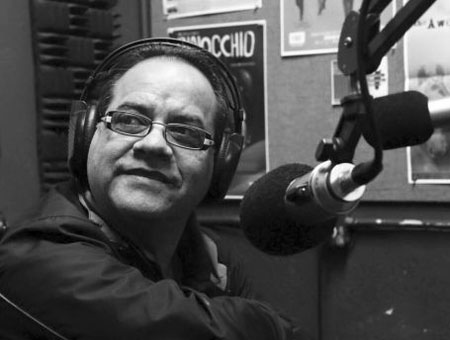 When his family immigrated to Canada in 1982, and after a period of transition to his new home, he re-immersed himself in music and began taking part in different musical ensembles in the city of Edmonton. In 1989 he enrolled in the Music Program at Grant McEwan University for a year, before relocating to Montreal to further broaden his musical horizons.

In 1994 after attending AFROCUBANISMO! In Banff, Alberta, Marco was inspired to travel to Cuba to rediscover his passion for the music he grew up listening to in his parents’ home in Chile and in 1996, he made up his mind to return and study with some of Cubas’ musical masters including Carlitos Gonzales (Afrocuban All-Stars) Angel Rivero and Alejandro Maximo Duany.

Marco has been an integral part of various musical projects that have toured South America, USA and all across Canada and has had the privilege of playing the prestigious Montreal Jazz Festival as well as the world renowned Edmonton Folk Music Festival, he has also had the chance to appear at the Discovery Coast Music fest in Bella Coola, and was featured in a live performance on the CANADA AM show on CTV and Clip Trip on Much More Music.

As a founding member and main writer-composer of the popular local group Bomba! Marco had the chance to open for such luminary acts as Cubanismo, Angelique Kidjo, Mayra Valdes, Al Green and Aaron Naville, they also accompanied Jose Seves (Inti-Illimani) and Elizabeth Morris on one of their performances. And most recently, with his new ensemble, he had the chance to open for Alex Cuba, Charanga Habanera and Havana D’Primera. 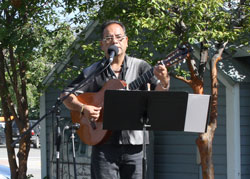 New track, FLY AWAY by Marco Claveria, featured on StoryHive. A ballad laced with Afro-Cuban rhythms as tribute to a friend who passed away from cancer, leaving behind 3 children.Read Full Article Here >>